To Africa and Back

Here are two covers that I sent to Africa and were returned to me unclaimed. I'm not surprised because I found these addresses on old covers from my collection (they were from the 70s and 80s) and I had a great big hunch that they really would be returned to me. I just wanted to see how long it would take and, of course, I wanted to see all the frankings that they would apply. I should have known better than to put such large stamps and M/S's that there was not much space for the frankings and stickers and now the covers are a bit messy... Oh well... These are nice pieces nonetheless. :-) 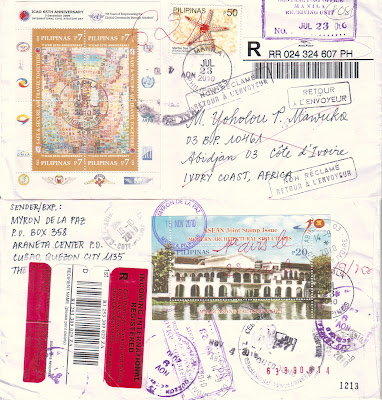 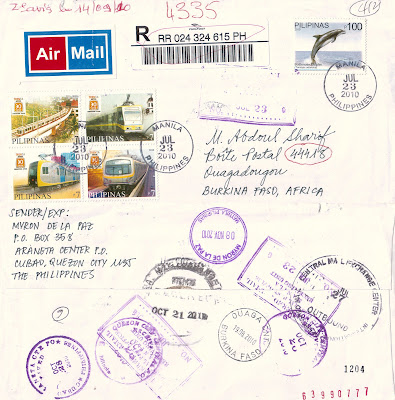 SASE's from my Indochina Trip

These are the covers that I managed to send myself when I visited the post office during my trip. I usually send myself covers when I travel (even internally) so that I can gauge the time it takes for transit; it's really amazing when sometimes the letter is already in your mailbox when you get back from a (no-so-long) trip! I also send myself covers for the stamps and the frankings. I usually enjoy receiving these more than I do buying those other souvenirs when I go abroad. 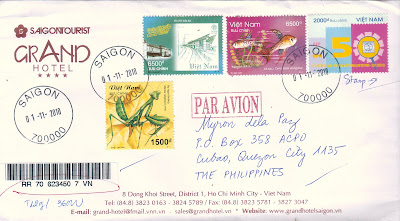 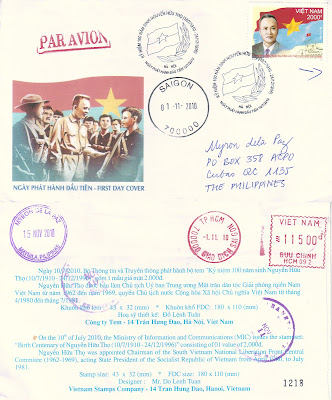 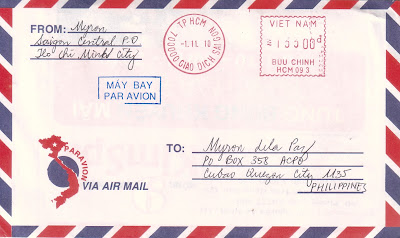 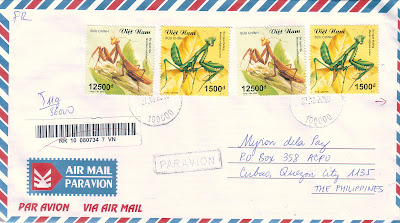 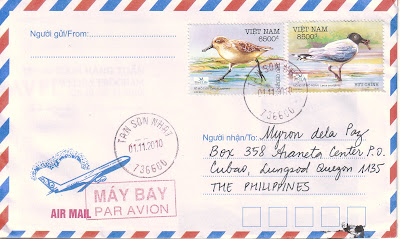 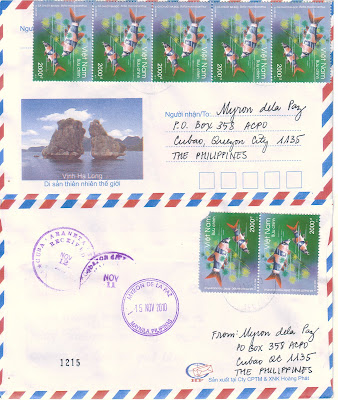 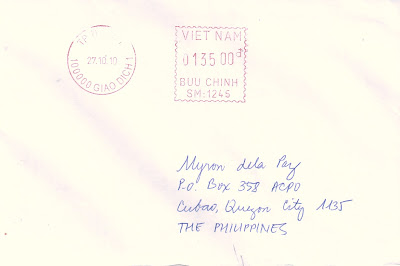 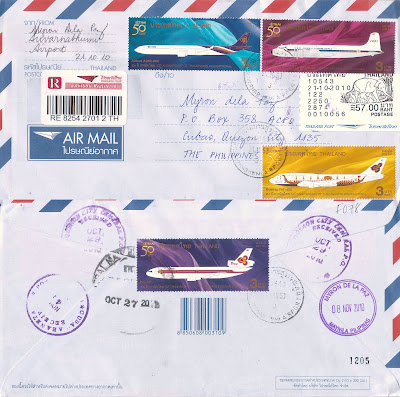 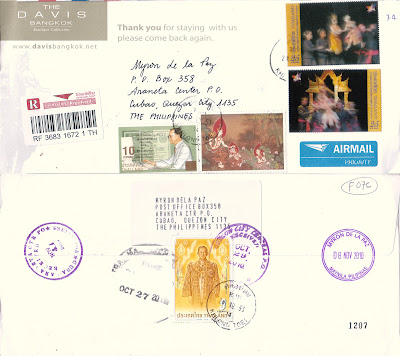 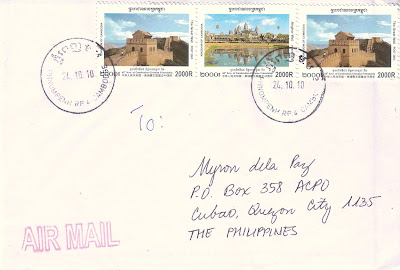 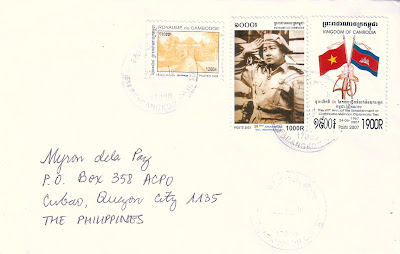 Wow! It has been months since my last post! I have been so caught up with using facebook and uploading my covers there that I almost completely forgot about my blog! Not good....
So for this "renaissance" post, I exhibit a great cover received from Jose Riveroll of Belize the other day as part of a CCCC (http://covercollectors.org/) circuit.
The cover features some nice, large pictorial stamps with clear postmarks. Incredible! This is my first from Belize.

On top of a great-looking cover, I have found the themes of the stamps to my liking. The first two on the left feature one of my favorite themes: archeology! :-)
The stamp on the far left was issued as a definitive in 2009, but has the same design and denomination as the 2005 12v definitive set to which the stamp next to it belongs. 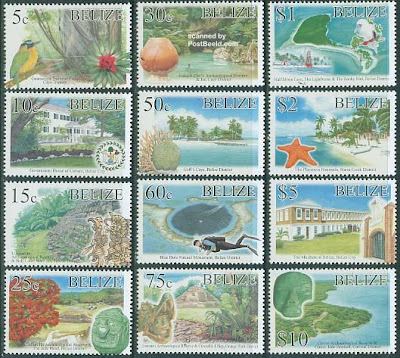 The 25c stamps shows the Attun Ha Archeological Reserve and showcases the very famous Jade Head. More information on the Jade Head from Belize.com is quoted verbatim below (as per the request of the administrators of Belize.com, I include only the first paragraph. You may read more about the head by clicking on the link): 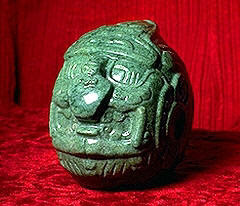 At right - Kinich Ahau - The Maya Sun God. Ever since its discovery, the jade head has been the subject of much controversy among Belizeans. For years most of us have believed that, shortly after its discovery, this unique Maya masterpiece was spirited out of the country and never returned to its rightful home.

Read more about it by clicking on this link.

The 15c stamp depicts the Lubaantun, a pre-Columbian ruined city of the Maya civilization in Belize's Toledo District. One of the most distinguishing features of Lubaantun is the large collection of miniature ceramic objects found on site; these detailed constructs are thought to have been charmstone s or ritual accompanying acoutrements. Of particular note are the site's three courts for playing the Mesoamerican ballgame, one of which had stone markers with hieroglyphic texts and depictions of the ballgame. (Wikipedia) Below is an image of one such marker: 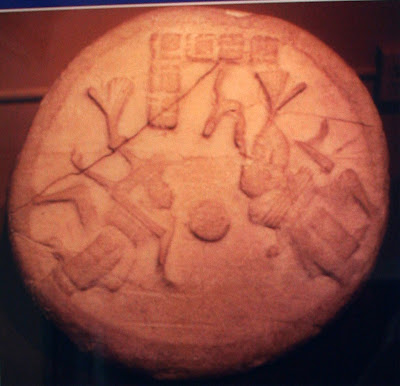 The other two stamps on the right were apparently issued for Christmas 2003. They are part of a 4v set which features the Scarlet Macaw.

The Scarlet Macaw (Ara macao) is a large, colorful macaw. It is native to humid evergreen forests in the American tropics. It has suffered from local extinction through habitat destruction and capture for the parrot trade, but locally it remains fairly common. The Scarlet Macaw can live up to 75 years in captivity, although, a more typical lifespan is 40 to 50 years. They eat mostly fruits and seeds, including large, hard seeds. They like nuts and fruits. They also feed on nectar and buds. A typical sighting is of a single bird or a pair flying above the forest canopy, though in some areas flocks can be seen.